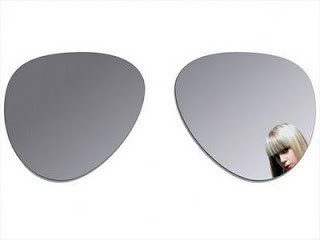 While studying the Big Three Perspectives of I-WE-IT of Integral Theory, I started mentally playing with a memorable event from my days as a Hollywood “wunderkind,” and then suddenly, a perspective on the event I had not seen before shifted my entire understanding of the experience. This new insight rippled through a series of connected events and suddenly all my experiences in Hollywood came into a new and clear perspective for me. I felt a wave of deep physical release in my body as though a great unconscious burden and tension suddenly lifted off me.

THE EVENT: A few months after graduating from film school, I was house-sitting for a movie star and had a life transforming experience sitting by the pool of his estate. My graduate film was winning awards around the world, I had a high-powered Hollywood agent, and studio executives were courting me.

THE IT OF THE EVENT: I was reclining naked on a lounge chair by the pool, talking to my agent on the portable phone. The afternoon L.A. sun was hot and bright. I had mirrored sunglasses on and had an ice-cold margarita in my hand. The pool was a beautifully manufactured grotto of exotic plants, palm trees, rocks, waterfalls, and a series of crystal blue swimming pools and hot tubs. A beautiful young woman I had just met and slept with the night before was swimming naked in one of the pools.

THE WE OF THE EVENT: The conversation I was having with my agent on the phone was the same as all the rest; he was telling me what he thought I wanted to hear and I pretended that what he was saying was true. At the same time, I was watching the naked woman sensuously swimming in the pool. She smiled sweetly and looked back at me with “starry” eyes.

THE I OF THE EVENT: I suddenly felt an emptiness deep inside me as I listened to the voice of my agent and looked into the eyes of my new found lover. I felt as though I did not exist and that everything around me wasn’t real. Soon after this experience, I put all my possessions in storage, left Hollywood, and began my quest for meaning.

My current insight around this event came when I pondered my conversation with my agent from the perspective of the Hollywood client-agent cultural and social system. I realized that “I” as the client was actually a product (an IT) in the agents’ world. Then I realized that we were both seeing each other as objects to be manipulated, and not as subjects that could be understood (Wilber, 2000). Suddenly I saw all my similar Hollywood experiences in this new light and realized that all of us were objectifying each other and our own selves because we were caught in our own fears, which were being fueled by a larger system. In an instant, I felt as though a deep unconscious reservoir of regret, resentment, self-blame, and blaming of others that I was holding washed right out of me. A sense of gratitude swept through me as I perceived this experience as a moment of grace that was my wake up call to get out of the Hollywood Flatland before my I was totally reduced to an IT and lost forever!