Towards an Integral Cinema: The Application of Integral Theory to Cinematic Media Theory and Practice.
Abstract: A historical, theoretical, and viewing analysis is offered of Germaine Dulac’s “integral cinema movement” of the 1920s, suggesting an early introduction of Integral consciousness into cinematic media that corresponds to and predates both Jean Gebser’s and Ken Wilber’s Integral Theories. Defining characteristics of what may constitute an integral cinematic work are mapped out and developed into a set of evaluation criteria using the works of Dulac, Gebser, and Wilber. A preliminary typology of forms of Integral cinematic creation is also presented, and the potential benefits and challenges for the application of Integral Theory to cinematic theory and practice are discussed.
Presentation at Integral Theory Conference 2010 on July 30th, 2010 by Mark Allan Kaplan, Ph.D.
Posted by markallankaplan at 7/25/2010 06:17:00 PM No comments: 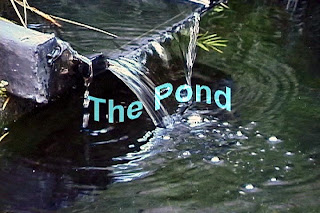 A little over ten years ago I had my first encounter with what might be called “integral filmmaking.” I had been studying Ken Wilber’s Sex, Ecology, Spirituality (1995) and practicing George Leonard and Michael Murphy’s Integral Transformative Practice (ITP) on a daily basis. One day I performed my ITP Kata (a set of integrated body, mind, and spirit exercises) right before running a camera test on my new digital video camcorder. Still being in a post-practice transformative state, I had a profound cinematic experience. As I moved through the house with the camera on, I appeared to be fully aware and conscious of my inner experience, the camera in my hand and the space within which I was moving. I exited the house and was drawn to our koi pond. Once there, I felt drawn into the world of the pond and entered a deep state of pure presence or witnessing. My camera became my eyes, and my body, my awareness and the camera danced with the fish, the gently rippling water, the shimmering sunlight, the caressing wind and the material forms of the pond and its surroundings. I spent hours at the pond, lost in a deep cinematic meditation process. Afterwards I felt a profound sense of gratitude and grace.

When I viewed my footage I was amazed at what I had captured. There before my eyes appeared to be a cinematic example of the four dimensions/perspectives of Wilber’s Integral Theory (Subjective/I Space; Inter-Subjective/We Space; Objective/IT Space; and Inter-Objective/ITS Space): Besides the physical reality of the pond (IT Space) and the environment within and around it (ITS Space), I had footage of the individual koi fish in which I could sense their individual presence (I Space) and footage of the fish in pairs and groups that seemed to reveal a collective and inter-relational presence (WE Space).

I decided to continue my accidental experiment, spending the next few days editing the material while in a post-ITP state. I would basically perform my ITP Kata (Leonard & Murphy, 1995) and then sit down at the computer and edit in that state. It was a wondrous experience, and once I finished, the viewing of the final work sent me into the very state I experienced while shooting it. When I showed it to a few people they all said the same thing -- that the video put them into a very relaxed state and gave them the experience of actually being at the koi pond.