The Birth of Integral Cinema 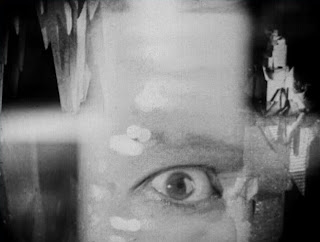 La Coquille et le Clergyman (1928)
The term integral cinema was first used by French avant-garde filmmaker Germaine Dulac in the 1920s. Dulac employed this term to describe cinema that utilized the natural inherent language of the cinema to evoke the interior life normally hidden beneath the exterior life of the objective world (Flitterman-Lewis, 1996). This form of cinema was also called pur cinema or visual music, because of the contention by its adherents that the language of the cinema is a language all its own, more related to music or poetics, than to literature or drama. In order to liberate the cinematic image from literary or dramatic expression, “…Dulac sought to create for the spectator a ‘cinegraphic sensation’ that could be achieved through the contemplation of pure forms in movement—the melodic arrangement of luminous reflections, the rhythmic ordering of successive shots” (Flitterman-Lewis, 1996, pp. 69-70).

While Dulac’s theoretical writings and public discourses on integral cinema mostly focus on this definition, her films reveal two distinct types of cinematic approaches. Whereas some of her films did seek to explore pure visual music approaches of using cinematic imagery, movement, and rhythm to reveal the interior life, films like her 1928 classic, La Coquille et le Clergyman (The Seashell and the Clergyman), reveal the raw beginnings of a more comprehensive or “integral” approach that attempts to use the inherent language of the cinema to capture and express the interior and exterior lives of both the individual and the collective. Dulac hints at this approach when she writes, “It isn’t enough to simply capture reality in order to express it in its totality; something else is necessary in order to respect it entirely, to surround it in its atmosphere, and to make its moral meaning perceptible…” (Dulac, as cited in Flitterman-Lewis, 1996, p. 49).

This more comprehensive approach hauntingly captures some of the constructs of Jean Gebser’s integral worldview (1985) and Ken Wilber’s Integral Theory (1995) while predating both by 21 and 67 years, respectively. These Integral constructs, as elementarily expressed in Dulac’s La Coquille et le Clergyman, include rudimentary cinematic representations of Gebser’s aperspectival structures of the concretion of time and interiority, and Wilber’s Integral framework of multiple dimension-perspectives with evolving levels of depth and complexity. More recent examples of these types of cinematic structures include: The concretion of time in films like Groundhog Day (1993), where concrete shifts in time affect objective and subjective realities; the concretion of interiority in films like The Matrix (1999), where individual and collective subjective realities are given concrete forms;  and multiple dimension-perspectives of evolving depth and complexity in films like Inception (2010), where the characters move through different dimensions of reality as they evolve toward deeper levels of understanding and being.

While Dulac’s integral cinema movement was a significant contribution to the evolution of the cinema in many ways, it was also short-lived due to several factors. In 1928, the year that Dulac made La Coquille et le Clergyman in France, Hollywood released the first talking picture, The Jazz Singer (1927), and ushered in the sound film era. For many film theorists and historians, the introduction of sound marked the downfall of the artistic trailblazing of the silent film era as cinematic artists attempted to adjust and adapt to the new technological advancement, and audiences became enthralled by the heightened sense of reality of the talking picture (Andrew, 1976). The following year Luis Buñuel and Salvador Dalí made Un Chien Andalou (1929), which took the avant-garde cinema world by storm and established a precursor of postmodern relativism and meaning deconstruction as the center of gravity for the artistic worldview of experimental cinema, overshadowing Dulac’s more integral vision (Ebert, 2000; Short, 2008).

Finally, since Dulac operated from an unconscious expression of a worldview that had yet to be named or theoretically mapped, her integral vision ultimately fell dormant. Wilber notes that some kind of prescient emergence of integral consciousness appeared sporadically throughout Western civilization in the early to mid-20th century. Examples of this emergence include Sri Aurobindo’s Integral Yoga (1921/1990), Jacques Maritain’s Integral Humanism (1996), and Vladimir Soloviev’s Integral Christianity (Kostalevsky, 1997). Wilber also notes that these integral visions, along with Dulac’s, were short-lived because they were initial emergences not supported in all four fundamental domains of experiential, material, cultural, and social realities (Wilber, personal communication, July 20, 2010).

Beginning in the mid-1990s, concurrent with the dissemination of Wilber’s Integral Theory, there has been a growing movement of individuals and groups who have been applying integral principles to their personal and professional lives. In the domain of the cinematic arts, scholar-practitioners have explored the application of Integral Theory to cinematic story creation, acting, and video game design (Melody, 2008; Ornst, 2008; Silbiger, 2010). In addition, several cinematic artists have begun to explore and engage in dialogue about Integral Theory in relation to both their personal and professional lives (Aronofsky & Davis, 2006; Brill & Wilber, 2006; Crichton & Wilber, 2004; Konietzko & Davis, 2007; Ormond & Wilber, 2004; Stone & Wilber, 2007; Wachowski & Wilber, 2004). Wilber’s Integral Theory was also an inspiration to filmmakers Larry and Andy Wachowski (Wachowski & Wilber, 2004) in the development of The Matrix (1999), The Matrix Reloaded (2003), and The Matrix Revolutions (2003). The Wachowski brothers also invited Wilber to record a commentary on the films for The Ultimate Matrix Collection (2004), a complete DVD set of the films. Nearly three quarters of a century after Dulac’s work, many people within the integral and cinematic arts communities are raising the same question that Dulac asked many years ago: “What is Integral Cinema?”

Germaine Dulac’s La coquille et le clergyman is available for viewing online in its entirety at: http://www.ubu.com/film/dulac_coquille.html
Posted by markallankaplan at 5/21/2011 07:07:00 PM No comments:

Love In and Of Itself 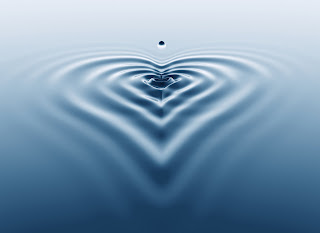 Love in and of itself can never cause suffering.
All suffering related to what we think love is
arises from our projections and attachments
to an object of attraction.
This is actually the opposite of love,
for love is a state of being
in which we transcend the awareness of separate objects
and recognize our oneness with all that is;
a state devoid of projection and attachment
for there is nothing outside of us to project on or attach to.
Posted by markallankaplan at 5/08/2011 12:52:00 PM No comments:

The Radiance of Dorothy Fadiman 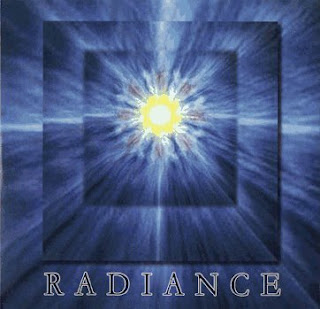 Dorothy Fadiman is one of the pioneers in Transpersonal Filmmaking and her film “RADIANCE: The Experience of Light” is considered a classic in the field. RADIANCE is both a cinematic expression of Fadiman’s own personal transcendent experience of Divine Light and a visual/poetic exploration of the spiritual significance of light and “radiance.” Here, in Fadiman’s own words, is the story of how this great work was born:
My husband and I create a simple ritual, we take turns drinking from a goblet, gaze lovingly into each other’s eyes, and each take some excellent acid. It’s the 60’s… We know our dealer, and we trust that we have taken good quality (legal at that time…) LSD. As our inner worlds expand, and deepen, I lay down, l close my eyes and start to breathe deeply, as my heart opens and… I hear a voice…inside my head, speaking to me:  “May I fill you with Light?’

I have no idea who or what is speaking to me and in this moment, it doesn’t matter.

Whatever it is, I trust it. When you are in this state, where everything is connected to everything…whatever is happening seems right… and I say YES.

With the word “yes” my entire body begins filling with LIGHT, A BRILLIANT CASCADE …of light. A waterfall of radiance flows through me, every cell of my body is filled with this light. As the brilliance becomes almost unbearably intense…then, Jim reaches out and touches me… Suddenly, it STOPS… His touch pulls me back into the room…. I remember saying “What are you doing?????” It’s a moment I refer to now, affectionately, as “Illuminatus Interruptus,” but, in THAT moment, THEN, I am shocked.

Looking back, I know now that I was not ready to receive any more of light than when it stopped after Jim touched me…I realize now that the intention of this cascade was not only to infuse me with light… which it did, but also for me to be able to bring this light back, into my own world….like I am doing now, to tell people about it.

I spend the next ten years raising two daughters while trying to write a book about light. The dirty laundry piles up for days at a time, the dented grey file cabinets fill with my research about light, when the girls are in school, I sneak away to the basement of the art library at Stanford and spend hours under glaring fluorescent lights searching for images of radiant saints and glowing angels as I struggle to write my book.

Finally, after ten years of trying to complete my mission to tell this story with pictures and words on paper, there is a knock on our door. Literally, standing there, is a filmmaker. He says, “I heard what you’ve been trying to do, to write a book about light. Did you ever think of making a movie???”

With his help, I make my first film RADIANCE: The Experience of Light. Since then I have produced more than 25 films...each, in its own way, infused with the "light". The guidance which appeared to me during the experience of light more than 40 years ago, is with me today, every day.

RADIANCE: The Experience of Light can be viewed online at:
http://dorothyfadiman.com/radiance-the-experience-of-light
or downloaded at:
http://www.archive.org/details/Radiance_The_Experience_Of_Light

Dorothy Fadiman has been producing award-winning media with a focus on social justice and human rights since 1976. Most of her films have been shown on PBS and in Festivals throughout the world. For more about Dorothy and her work, visit her websites at: www.concentric.org and www.dorothyfadiman.com
Posted by markallankaplan at 5/01/2011 06:04:00 PM No comments: