ICP Lead Researcher, Mark Allan Kaplan, is the recipient of the 2008 Integral Life Award! The IL Award is an annual merit-based scholarly award given by the Integral Institute. Mark received the award in recognition of his demonstrated potential and capacity to make a difference in the world through the application of integral principles in his personal, professional, and academic endeavors.
Posted by markallankaplan at 1/29/2009 09:25:00 AM No comments: 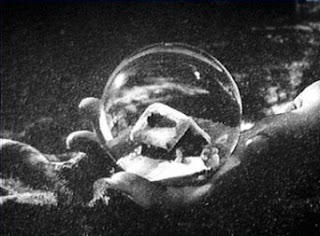 One of the most memorable days of my life was when motion picture director and editor Robert Wise spent the afternoon with me going over the rough cut of one of my films. As Bob went through every cut with me and shared his wisdom I kept thinking to myself “My God, the man who edited Citizen Kane (1941) is helping me edit my film!” I learned so much from Bob that day, both about filmmaking and about life. One of these “Wise” lessons was his sharing with me his perceptions about a possible connection between the evolution of consciousness and the evolution of the cinema.

Over his illustrious 60-year career, Bob observed that the perceptual consciousness of the cinematic audience appeared to advance along with the cinema in the ability to communicate more information, in more abstract forms, within shorter durations of time. He explained that when he first started in the film industry the motion picture audiences required very clear linear story structures, and that gradually throughout his career, the audiences seemed to develop the ability to more readily and quickly project meaning across discontinuous and non-linear cinematic structures.

To illustrate one aspect of this evolution, Bob used the example of a cinematic sequence that has a character driving to another character’s house for a meeting. In the old days filmmakers had to show the person driving the car, stopping the car, getting out of the car, walking up to the house, knocking on the door, and then going inside. Gradually over time, the audience has advanced to the point of being able to accept a direct cut from a person driving a car to them suddenly being inside someone’s house. Wise believed that these advancements in both cinematic expression and the perceptual consciousness of the cinematic audience were the product of an interdependent and co-evolutionary relationship between the cinema and the audience. This observation appears to concur with Jean Gebser’s (1986) contention that artistic movements and trends have a tendency to influence and be affected by the evolution of consciousness.

At the end of our time together, Bob was called away quickly, but before he left the editing room, he paused to tell me how wonderful my work was and then said, “I hope I helped you a little bit…” Of course, I profusely and sincerely thanked him, and as he walked off I felt a mysterious shift inside me. In that brief moment, it seemed as though I had received a kind of shaktipat, or life lesson energetic transmission, from this amazing man. After all the awards, honors and accolades, Bob Wise was still a sweet and deeply humble human being, and his living presence and example penetrated me in ways I still cannot describe. I will never forget that moment, and every moment I was blessed by his presence. In my heart and mind, I believe Bob Wise was a true Cinematic Bodhisattva.
Posted by markallankaplan at 1/11/2009 09:26:00 PM No comments:

The Integral Cinema Project is currently in the theory building stage, exploring the application of Integral Theory to cinematic media development, production, and distribution, under the auspices of Integral Institute's and Fielding Graduate University's Certificate Program in Integral Studies.
Posted by markallankaplan at 1/04/2009 06:59:00 AM No comments: 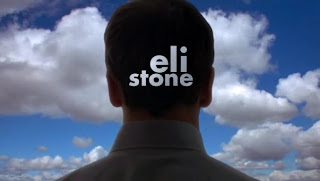 While all of these shows are excellent transpersonal television journeys, I believe Eli Stone must be singled out as one of televisions transpersonal masterpieces. The reason I believe Eli Stone deserves this mantle, is that it not only explores a transpersonal topic with great depth, grace, wit, and integrity, it also has the capacity to give the viewing audience a powerful experience of higher and illusive states of being. How often does a TV show induce a deep sense of grace, hope and faith in the face of life’s haunting mysteries? This is very rare…so I say, BRAVO to the creators of Eli Stone! But I also have to give a big BOO to the network (ABC) who never gave the show the chance it deserved and canceled this gem of television enlightentainment.
Posted by markallankaplan at 1/01/2009 10:39:00 PM No comments: