The Transpersonal Cinema Project IndieGoGo fundraising site is now open for funding at:
http://www.indiegogo.com/transpersonalcinemaproject?iggref=CAGN_PJLC
Posted by markallankaplan at 2/21/2009 06:48:00 AM No comments: 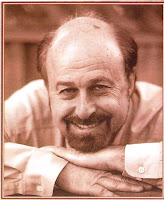 James Fadiman Ph.D. has agreed to be an advisor on the Transpersonal and Integral Cinema Project. James is a celebrated author, psychological researcher, corporate consultant, and an adjunct professor at the Institute of Transpersonal Psychology, which he co-founded. He is also one of the founders of the transpersonal movement, one of the first lecturers at Esalen Institute, and one of the early pioneers in psychedelics research, along with Ram Dass and Timothy Leary. James’s areas of specialization are altered states of consciousness, creativity, human potential, personal and organizational problem solving, Sufi storytelling, transformative fiction, and transpersonal theory. You can learn more about James at: http://www.jamesfadiman.com/index.html.
Posted by markallankaplan at 2/08/2009 08:42:00 AM No comments: 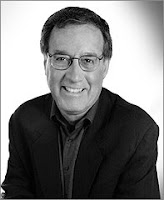 Arthur Hastings, Ph.D. has agreed to be an advisor on the Transpersonal and Integral Cinema Projects. Arthur is a Professor at the Institute of Transpersonal Psychology where he is the Research Director for the Institute and the Director of the William James Center for Consciousness Studies. He is also a former faculty Chair for the Residential programs, former Dean and President of the Institute, and a Past President of the Association for Transpersonal Psychology. Arthur’s areas of specialization are altered states of consciousness, parapsychology, research methods, and transpersonal theory. He has conducted pioneering research on audio brainwave entrainment, channeling, hypnotic trance induction, and the psychomantium experience. You can learn more about Arthur at: http://www.arthurhastings.com/.
Posted by markallankaplan at 2/02/2009 09:21:00 AM No comments: