"A Mystical Passover: A Transformational Passover Haggadah" Now on Amazon 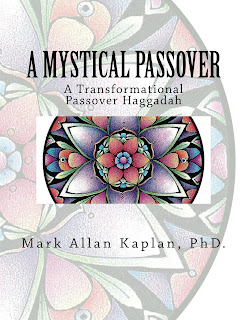 A MYSTICAL PASSOVER: A TRANSFORMATIONAL PASSOVER HAGGADAH offers a powerful trans-denominational psycho-spiritual approach to the Passover experience that includes individual and group psycho-spiritual exercises to help transform the holiday into a deeply mystical and magical experience for young and old alike.

A brand new 3rd Edition of my integrally-informed trans-denominational Passover Haggadah is now available in paperback for purchase online at: https://www.createspace.com/4128956.

A MYSTICAL PASSOVER: A TRANSFORMATIONAL PASSOVER HAGGADAH offers a powerful trans-denominational psycho-spiritual approach to the Passover experience that includes individual and group psycho-spiritual exercises to help transform the holiday into a deeply mystical and magical experience for young and old alike.

This Passover (Pesach) Haggadah represents a process of spiritual exegesis that I have employed as a vehicle for deepening and healing my relationship with Judaism, my religion of origin. This process consisted of a radical interpretation of the Passover rituals and prayers into a language and process that resonated with my own heart while also attempting to honor the heart of Judaism itself. Through this technique I have endeavored to heal old wounds and purge myself of the obstacles between the Divine and myself.

On the literal level of interpretation, Passover is a ritualistic retelling of the story of a historical biblical event, the Israelites’ exodus from bondage in Egypt. On the theoretical level, the story and rituals of Passover have many philosophical, ethical, moral and religious lessons to teach us about human behavior and the human endeavor to live according to the teachings of the religion of Judaism. Traditionally, the rituals of Passover, including the Passover Seder, tend to focus on these two levels of interpretation and understanding. In the Jewish mystical tradition, Passover can also be seen as a powerful vehicle for personal and communal psycho-spiritual development. From the Mystical-Kabbalistic perspective, the Passover story of a people being freed from the bondage of slavery is transformed into a road map for how an individual can be freed from the bondage of limited consciousness (Kenton, 1980); the land of Egypt becomes the realm of narrowness of body and mind, and Moses becomes the Higher Self being called upon by the Divine to free all the different voices of the psyche (the children of Israel, THE AWAKENING SELF) from the bondage of the ego (Pharaoh).

This mystical level of interpretation became my pathway through the metaphysical gates of these ancient and sacred rites of inner and outer freedom, and my attempt to integrate all three of these levels of interpretation, along with the interpretative constructs of the various denominations of the Judaic tradition, has lead me to the discovery of this powerful transformative psycho-spiritual Passover experience.

MARK ALLAN KAPLAN, PHD is a psycho-spiritual researcher, counselor, educator, and author focusing on integral, transpersonal, and transformative approaches to spiritual life and practice. His writings include "Prayers for the Awakening Self" and "The Experience of Divine Guidance," and he is the founder of the Integral Judaism Project, a trans-denominational research initiative exploring integral and transformative approaches to Judaic theory and practice. 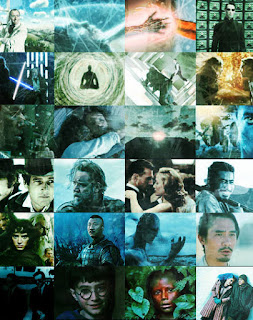 The first translated article can be found at: http://ipraktik.ru/inform/approach/integral-cinema.html.

Translations by Polina Dushatskaya with editing by Eugene Pustoshkin and technical support by Dmitry Baranov. 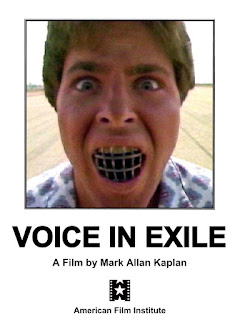 The DVD of "Voice in Exile," my dramatic AFI film about a young stutterer, is now available for purchase from Amazon at: http://www.amazon.com/Voice-Exile-Ben-Bottoms/dp/B00BJC8J9C/

About the Film and the Process of Creating it...

Voice in Exile is a dramatic transformative film journey into the mind and emotions of Alan Woodward, a seventeen year old stutterer. Seeing the world, both imagined and real, through Alan's eyes, we share the nightmare that haunts him and his family as he struggles to not let his stuttering stop him from living.

My goal as a filmmaker was to capture the inner and outer world of the stutterer through dramatic, symbolic, archetypal, and audiovisual expression. This was a deeply personal journey for me since I have been a stutterer for most of my life.

The process began with the writing of the script. During the scriptwriting phase I delved into my own experiences and emotions as a stutter and tried to translate them into a dramatic story. I also interviewed other stutterers for additional research. The script was further developed while I worked with my cinematographer and production designer to translate the experiential reality of the stutterer into a visceral audiovisual language.

An audiovisual score was created for the film to explore the use of the expressive elements of space, shape, line, light, color, tone, rhythm, movement, orientation, time, contrast/affinity, sign, symbol and archetype in the capturing of the emotional and perceptual states of an individual who stutters. This score was developed from the my own personal story and experiences, along with the stories and experiences of other stutterer's. The screenplay and storyboards were created concurrently with the visual score, enabling the integration of the visual design throughout the piece. The visual score included divisions for subjective and objective perceptions of waking reality (SPR/OPR); subjective dream states (SDS); and subjective developmental transitions (SDT).

Throughout this process and the rest of preproduction, production, and postproduction, a profound inner battle waged within me. Part of me desired to share these inner experiences with others, while another part of me was terrified of revealing this deeply personal emotional reality.

This personally transformative filmmaking experience also appeared to have a transformative effect on viewers of the film as well. A majority of stutterer's reported feeling as though the film captured their inner lives. This produced emotional release, a reduction in feelings of isolation, and an increase in self-esteem in numerous cases. There was one reported case of the film averting an individual’s attempt at suicide. Families of stutterer's who viewed the material reported an increase in understanding and empathy for the family member who stuttered. Non-stutterer's reported an increase in understanding about stuttering and empathy for people who stutter.


More Information About "Voice in Exile" is available at voiceinexile.com.