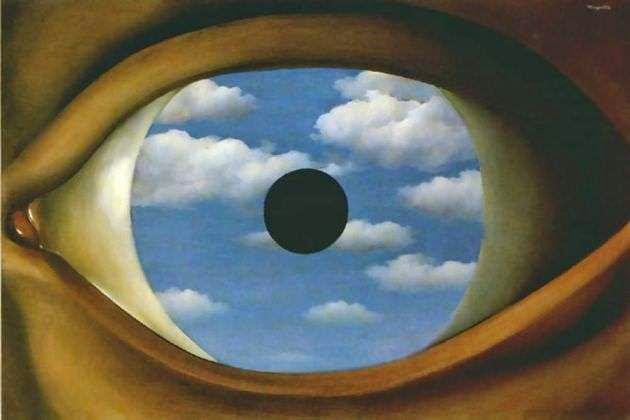 Through the years I have been creatively inspired by many things: a beautiful sunset, a tender human moment, a work of art, a song on the radio, a passing comment by a stranger or a passage in a book or newspaper. During my sophomore year of film school I received the creative inspiration for my film Gun, while I was listening to the Beatles' Happiness is a Warm Gun on the stereo and reading a newspaper article about handgun violence. Suddenly, I saw a series of images in my mind's eye, which then unfolded into a series of stories. The rest of the story solidified when I rented a Magnum 44 prop gun and held it in my hand. I felt a powerful force inherent in the gun, which further inspired me to attempt to capture this presence on film. Throughout the entire process of making the film I felt guided by a creative spirit, receiving inspiration at each step along the way.


The word inspiration can be used to describe many things, including the drawing in of breath; a sudden brilliant, creative or timely idea; a creative influence or force that stimulates thoughts and/or ideas; or a divine influence or force that leads to wisdom, understanding, and/or revelation. Besides being inspired to create, I have also had the experience of receiving inspiration in the form of seemingly divine influence and guidance from the creative expression of others.

One of these creative divine inspiration experiences happened to me at the Rijksmuseum in Amsterdam. I remember walking into the room where Rembrandt’s The Night Watch was hung. I froze in my tracks and softly gasped (inspired). The painting’s presence was so powerful that it felt as though I had entered the presence of some great force. The painting seemed alive, as though Rembrandt had captured the life energy of himself, the people he was painting and the presence of the divine, and fused it all into the paint and canvas. I sat in front of the paintings for hours, while it spoke to me through image, character, story, color and light about human struggle and divine yearnings within myself and within all of humanity. The messages I was receiving from the painting seemed to be answering some of the inner questions that had been on my mind just before I entered the museum. That night I lay in bed feeling a deep sense of gratitude for the gifts of the inspiration and guidance I had received at the foot of that giant wondrous canvas.


Art is contemplation.
It is the pleasure of the mind which searches into nature
and which there divines the spirit
of which Nature Herself is animated.
- Auguste Rodin

Months later, I had a similar inspirational guidance experience at the foot of Michelangelo’s David in Florence, Italy. Again, I felt a powerful presence in the work of art. Michelangelo and his David were alive in the stone. As I circled the towering figure, every angle revealed another emotional reality, from great courage to hidden fears. I spent the entire day with David; walking around him; sitting and gazing at him from different angles; and meandering through the gallery of Michelangelo’s other sculptures.

At one point, I felt an inner prompting to go into the gallery by Michelangelo’s unfinished sculptures. I followed my inner guidance and found myself in the middle of an art class. The instructor was explaining to the students that Michelangelo believed that each piece of stone had an image within it waiting to be released and that the Divine revealed these images to him and his job was merely to release them from their stone encasements.


I saw the angel in the marble
and carved until I set him free.
- Michelangelo Buonarroti

The instructor went on to say that Michelangelo also felt that a work was complete when he had learned the lesson he needed to learn, so sometimes he would leave a piece physically unfinished because he was finished with it internally. This, he added was a blessing for humanity, because without these unfinished works we wouldn’t understand how he created his masterpieces. Somehow, this information was exactly what I needed to hear in that moment. The lecture combined with the visceral experience of the sculptures gave me guidance for my life as an artist and my journey of the spirit.

Excerpt from the book The Search for a Divinely Guided Life by Mark Allan Kaplan, Ph.D.

Movie Collector is one of the most comprehensive movie cataloging software programs that makes it easy to create your own movie library catalog and database complete with automatic downloading of movie data, images, trailers, etc. It includes cataloging of movies on DVD, Blu-Ray, Videotape, computer video files and online video services and direct links to online resources like the Internet Movie Database (IMDb). In addition, the pro version offers complete customization with the capacity to add your own data and data categories. The software comes in PC and MAC versions along with mobile apps for both Android and Apple devices, 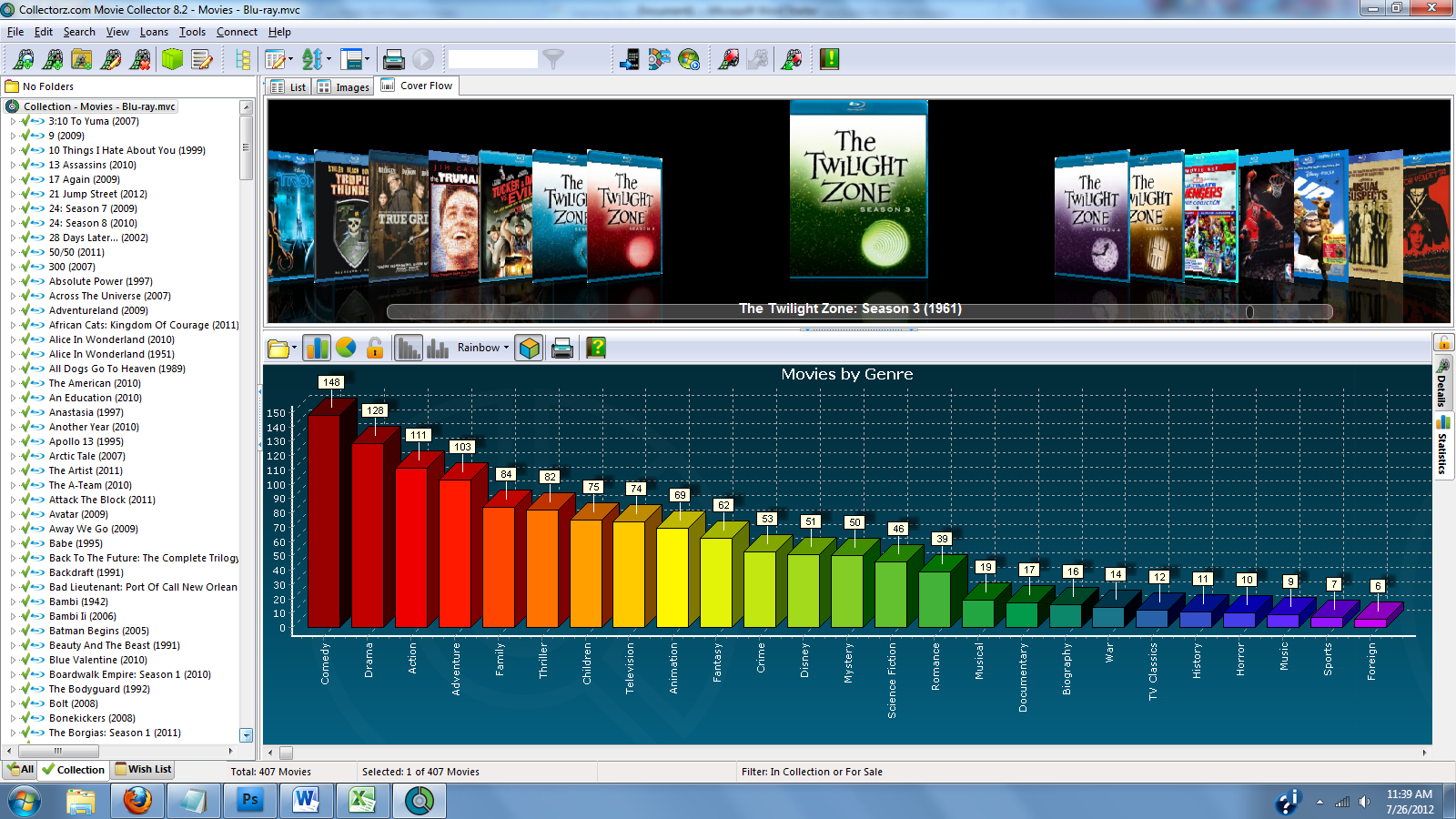 The Integral Cinema Project is using this software in its research on the Co-Evolution of the Moving Image, Conscious, Culture and Society; as part of the Basic Integral Cinematic Aperspectivalism Test (BICAT) testing of cinematic works; and for the development and application of Meta-Movieology practices.

Our initial testing of the Movie Collector program suggests that it can be a useful and powerful tool for both personal and professional use, including in depth cinematic research.

We are deeply grateful for the contribution of this software program, and for the support and inspiration of the creators of Collectorz software. 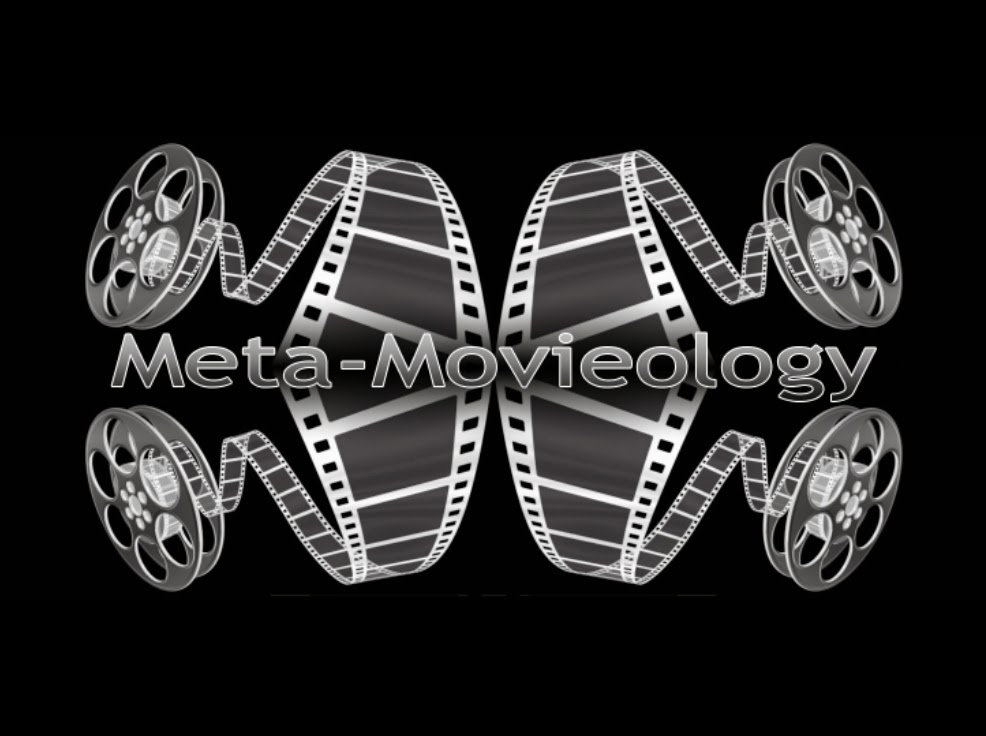 MetaIntegral Academy is excited to offer the wonderful and ground-breaking 12-week advanced course in Meta-Movieology created and facilitated by Mark Allan Kaplan. It starts January 18th, 2015. If you are an integralist and a movie enthusiast and have already taken the basic course (Meta-Movieology I), this course is for you.

PUT DOWN THE BOOKS, PICK UP THE POPCORN,
AND RE-ENTER THE WORLD OF EVOLUTIONARY ENLIGHTENTAINMENT

About this Course
Meta-Movieology II is the second course in the Meta-Movieology series exploring a groundbreaking meta-approach to learning Integral Theory through a transformative moving image viewing practice. In this course you will develop a deeper and more visceral understanding of the advanced elements of the Integral approach by using the aesthetic and multisensory power of the moving image for embodied learning and evolutionary growth.

Who is this Course For?
This course is for anyone who has taken the Meta-Movieology I introductory course. If you have already taken the first Meta-Movieology course, this course will deepen and expand the embodied learning and evolutionary growth from the previous course.

Join Mark for this advanced level course, which explores how the six advanced Integrally-informed lenses of zones, altitudes, energies, methods, complexity, and archetypes can be utilized as powerful transformational practices for using any moving image work, from movies to video games, for your own evolutionary growth and development. This course will be taught through 12 weekly 90 minute conference calls (recordings for the calls will be posted for participants who are not able to join a call). We will be deeply exploring each of these six advanced integrally-informed lens, spending two weeks on each lens with assigned practices, readings and movie viewing assignments, along with online threaded discussions to connect with fellow participants and deepen your understanding of this work. Don’t miss this exciting opportunity – Integral Theory and the movies will never look or feel the same.

Number of Participants: Up to 25

*Participants will be required to either rent or buy the movies listed as Weekly Movie Viewing Assignments. All other materials will be supplied by the instructor. If you have not already seen any of these movies, it is recommended you view them as a pure viewing experience before the course begins.

I was surprised at how deep the Meta-Movieology practice goes. After completing the course, I have a richer experience with films, which has cascaded into other areas of my life.
– Heather, San Carlos, CA

I can't say enough good things about the Meta-Movieology course. It was delightful and profound. This course enabled me to see integral concepts in movies that I had not recognized before and that's saying a lot because I have followed Ken Wilber since his first publications.
– Dennis, Silver Springs, MD

Mark is a great teacher! I am out of my league as far as my experience with integral is concerned, yet the materials, movies and weekly discussions in this course met me right where I was at. I found the meditations mind blowing and key to the shifts I am experiencing in my expanding awareness. I feel so fortunate to have stumbled on this opportunity.
– Anne, Charlotte, NC

The Meta-Movieology course is at the theoretical, practical, and pedagogical cutting-edge of integral and evolutionary film theory and practice – it is a sophisticated training in how to experience film, and therein how to deepen one’s experience of the world within and around us. While being theoretically advanced, this course is taught in a manner that anyone, beginner or advanced practitioner, can readily get and do so with transformative results. I very highly recommend this course of study.
– Michael, Augusta, GA

Mark Allan Kaplan, Ph.D. is an independent award-winning filmmaker and the pre-eminent theorist and practitioner of the application of Integral Theory to the cinematic arts.  Mark has a B.A. in Motion Picture and Television Production from the University of Southern California School of Cinematic Arts, an M.F.A. in Motion Picture Directing from the American Film Institute, M.A. and Ph.D. degrees in Psychology from the Institute of Transpersonal Psychology, and a Certificate in Integral Studies from Fielding Graduate University. He has worked professionally in the entertainment industry as a producer, writer, director, editor, researcher, and consultant. Mark’s creative works have been shown on television, in theaters, schools, and colleges, and at art and film festivals and expositions around the world. He has also conducted seminal research in Integral, transpersonal, transformative, and transdisciplinary approaches to film, video, and multimedia at Interval Research Corporation, the University of Chicago, the University of Illinois at Chicago, and as founder and lead researcher of the Integral Cinema Project, an independent research, production, and educational initiative sponsored by the San Francisco Film Society. Mark received Integral Institute's 2008 Integral Life Award in recognition of his continuing groundbreaking research into the application of Integral Theory to cinematic media theory and practice.

“Mark’s work is the first mature application of Integral Theory to any domain of art.”
– Sean Esbjörn-Hargens, Ph.D. (Founding CEO of MetaIntegral)

“Mark is the pre-eminent theorist and practitioner of integral cinema and his work represents one of the most advanced and profound meta-theory’s of art and media to date.”
– Michael Schwartz, Ph.D. (Professor of History and Philosophy of Art, Georgia Regents University)