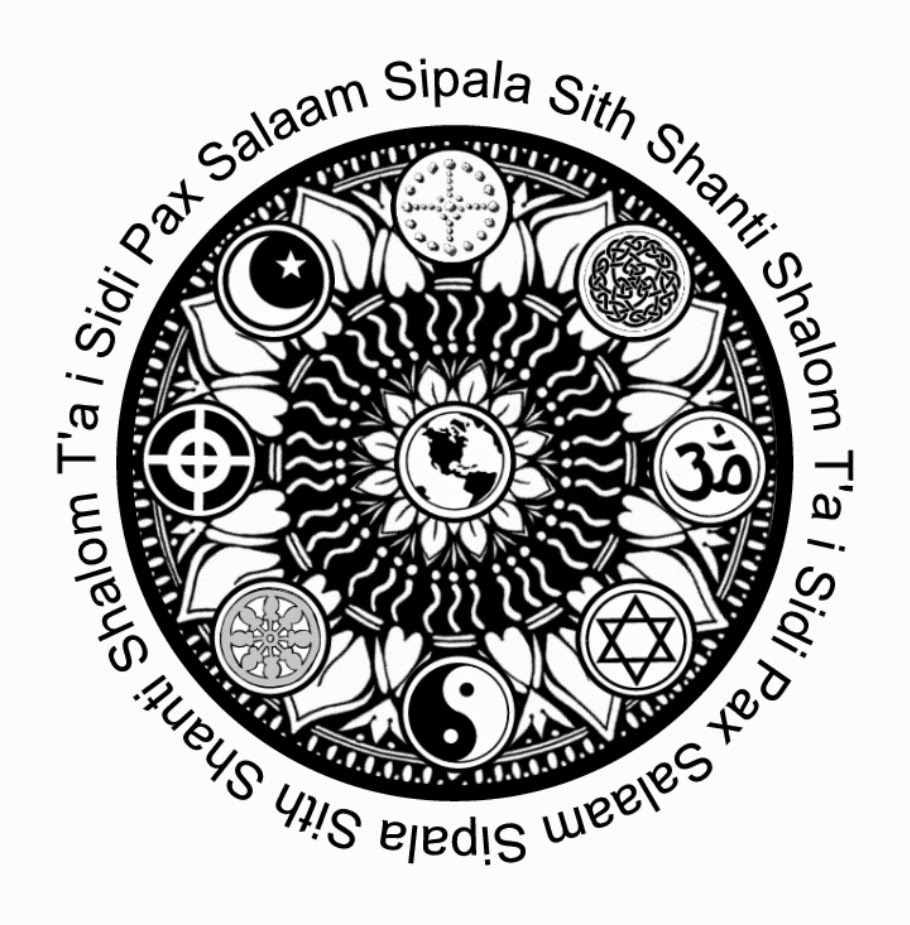 I have received several questions around the process of inclusion and exclusion of the faith traditions included in the iPeace Mantra and Mandala practice. Since it was impossible to include all the many faith traditions in the world in this one practice, the process of inclusion and exclusion of which faith traditions would be included was a very careful, meditative and challenging endeavor that included rigorous scholarly research, deep spiritual inquiry, and the application of linguistic and audiovisual psycho-spiritual dynamics.

There were several factors involved in the choosing of which faith traditions were included or excluded in this mantra-mandala peace practice including the inherent requirements and limitations involved in the creation and practice of mantra repetition and mandala gazing; the faith tradition’s level of interconnectedness with major linguistic streams and archetypal patterns and symbols; the structures of consciousness associated with the tradition; the historical, cultural, and geopolitical impact and demographics of the tradition; and the degree of separation, psychic wounding and call for healing and peace associated with the tradition. Below is a chart of the included words and symbols of the iPeace Mantra and Mandala and their correlated linguistic, symbolic, faith, and cultural streams:

While not all faith traditions are directly included in this mantra-mandala peace practice, the practice has been designed to resonantly include all faiths on a subtle level by including and linking major linguistic and archetypal streams with these select traditions producing an intra-psychic synchronization of a vast number of cultural, linguistic, and spiritual and faith tradition streams. The theory behind this is that if enough dimensions and perspectives are integrated and synchronized it produces a generalizing resonance effect embracing all dimensions and perspectives, much like how a tuning fork’s vibration will spread to and resonant with other tuning forks around it. For example, the Baha'i tradition is resonantly connected through its roots in the represented Abrahamic cultural, religious, linguistic, and archetypal streams of Judaism, Christianity, and Islam, and by its resonance with the practices’ more general pattern of the integration of other traditions; and Zoroastrianism is resonantly linked through its deep connection to both the represented Abrahamic and Indian cultural, religious, linguistic, and archetypal streams. 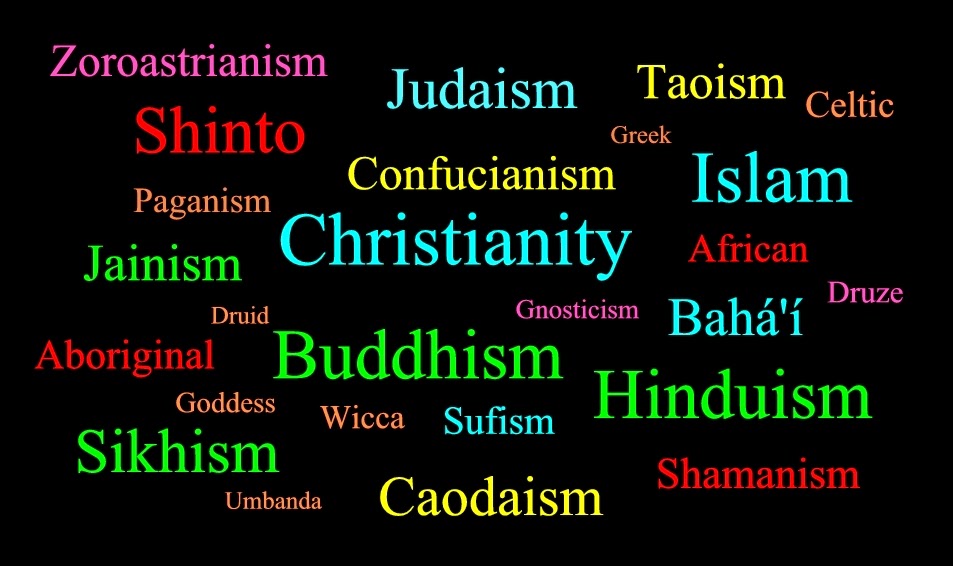 Above is a word cloud representing some of the major world spiritual and faith traditions coded by color to represent the associated and resonant cultural traditions; with the size of each tradition’s name representing the current and/or historical size of its population of adherents. The colors representing the major cultural faith streams include: Blue for the Abrahamic Traditions; red for Indian Traditions; yellow for East Asian Traditions; orange for Folk and Ethnic Traditions; red for Indigenous Traditions; and violet for Hybrid Traditions. Note that the term “Hybrid Traditions” refers to traditions that have multiple cultural historical roots. While the Baha'i faith has a multi-cultural and multi-tradition embrace in its theology and practices, it is not considered hybrid in the sense that it has clear and direct roots in the Abrahamic streams.

In addition to this mantra-mandala peace practice I am working on other longer-forms of peace practices including a video meditation practice that will attempt to include all living faith traditions, including Zoroastrianism, Baha'i, Shinto, and many others..