Synchronization of the Senses 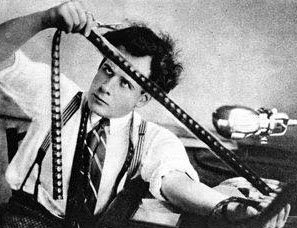 Renowned Russian filmmaker and film theory pioneer Sergei Eisenstein (1898-1948) postulated that the unique nature of the cinema produces a holistic and transcendent "synchronization of the senses" through the "integration of word, image and sound, and the accumulation of successive images and sounds [that serve] to construct perception, meaning, and emotion". After years of cinematic experimentation and "a thorough analysis of the nature of audiovisual phenomena," Eisenstein believed that the conscious manipulation of this sensory synchronization could allow the filmmaker to converse with his or her audience on higher, deeper, and subtler levels of communication by more closely replicating the multidimensional sensory stimulation of actual lived experience.
An example of the power of this consciously controlled sensory synchronization can be found in the film Chariots of Fire (1981). In this British cinema classic, the filmmakers combine the images and sounds of the experience of running with an emotionally expressive musical score to viscerally communicate the peak experience of running. When this synchronization of image, sound, and music integrates with the film’s plot, performances, and dialogue, the audience is able to experience the ephemeral and transformative emotions involved in the physical and spiritual struggle for glory.
Posted by markallankaplan at 12/29/2008 11:06:00 AM