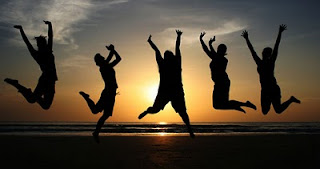 I wanted to write about the story. I understand the grandfather. I think any of us who have lived a little while know the wisdom of the story. The irony is, how do we know when to stop working to manipulate our world...and perhaps manipulate is not the right word. I can accept the good and the bad, but the challenge comes in knowing what to do next. You mention in your trip to Europe that you were in the "Divine Flow" or not and that your attempts to plan only thwarted your efforts to stay in that Divine Flow. I am accepting of what happens in my life, but I don't also have a responsibility to chart my course?

Thank you for your heartfelt comment. For me, this story is about the realization that there is a Force at work in life that knows more than me, and that at each moment I have the choice to try to chart my own course or surrender to the Divine Flow. Personally, I have found that my life is more joyous and wondrous when I let go of my desire to chart my own course and allow the Divine to guide my way. Reaching this point of being in the Divine Flow has been my life goal for many years now; in fact I just finished nine years of intense doctoral research* on this experience and have found several universal approaches to achieving this goal.

*If you are interested, you can find more information on my research at my research website:
The Divine Guidance Project.